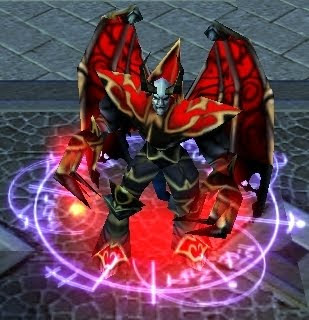 A dreadlord once in the service of the Burning Legion, Varimathras was forced into allying with the Forsaken, under the direct control of Sylvanas Windrunner, in exchange for sparing his life after he and his brothers were overcome by her undead forces. He once resided within the Royal Quarter of the Undercity, standing at Sylvanas's side. Though he had sworn allegiance to her, he served a more powerful master. 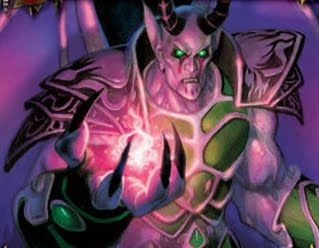 During the Third War, the dreadlords (or nathrezim) were tasked with leading the armies of the Burning Legion into battle. They served as field commanders and tacticians and commanded the troops from behind the front lines. The dreadlords were responsible for the summoning of Archimonde the Defiler, who served as general for the demonic forces. It was the dreadlords Mal'ganis and Tichondrius who first spread the taint and corruption of the Legion across Lordaeron and Felwood respectively, and after their deaths by the hands of the enemies of the Scourge, it was Varimathras and his two brothers, Detheroc and Balnazzar, who were put in charge of the undead forces in Lordaeron while Archimonde took his forces across the sea to Kalimdor to siphon energy from the World Tree, Nordrassil, on Mount Hyjal.
Posted by bluedreamer27 at 1:53 PM