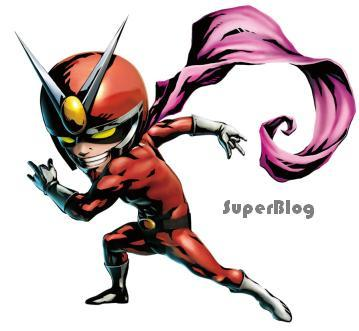 In the original Viewtiful Joe Game, Joe is just a movie fanatic that idolizes Captain Blue, his favorite movie character. One day while watching a movie with his girlfriend, Silvia, a shadowy figure defeats Captain Blue and reaches from the screen to pull Silvia into it. Captain Blue's robot, Six Majin, is punched out of the movie by the figure, and it takes Joe back with it. Joe is confronted by Captain Blue, who gives him a V-Watch. This allows him to transform into his alter ego, Viewtiful Joe, whenever Joe says the word "henshin" (which he expands on by adding "a-go-go baby!" to the end).

Joe obtains his name from his rival, Alastor, after he exclaims "Viewtiful!" at the sight of Joe's fighting skills. 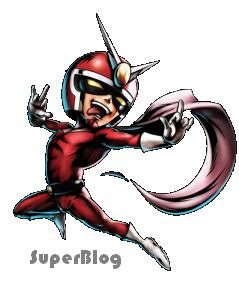 Viewtiful Joe is an outstanding offensive rushdown character, he also has a very small hit box which allows him to avoid some attacks that the bigger fighters cannot. He had a weak defensive game in Tatsunoko vs. Capcom, but in Marvel vs. Capcom 3, he's much improved in this area. Joe's primary drawback is that his moves do not have much range and thus like in TvC, Advancing Guards are one of his main weaknesses. He has slightly below average stamina but his outstanding aerial moves, quick movement speed and excellent projectile have made him a solid character in the early builds of the game. Sadly, Joe's moves are not as good on ground as they are in the air.
Posted by bluedreamer27 at 10:54 AM