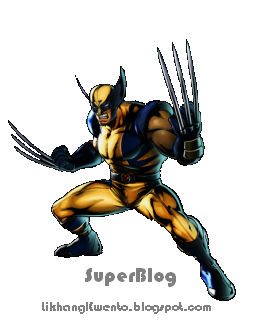 Wolverine is a powerful, all-out rushdown character, sporting powerful combos, range, speed, and agility on his moves. He's hard to pin down, and can have good poking range on his attacks. His launcher is one of his shortest reaching attack horizontally, but his jumping MP/B is one of the best normal attacks in the series. Like his standing MP/B, it can be tapped for rapid strikes, leading to prolonged air combos, and as well as one of the cheapest meter builds without hitting the opponent. His Sliding Claw(DF/3 + HP/C) command normal is a good move to use against those with projectiles, as Logan does not have one himself. His Fumitsuke(Trampling) dive kick(j.D/2 + HK/C) attack has gone under some changes each installment, and Wolverine in MVC2 comes in two versions, one is the default adamantium version(MVC1 version, hence having Beserker Slash, which is something MSHVSF Logan did not have), and a bone claw version(XMVSF version). Thus, he is the only MVC2 character to have an EX version of himself. His jumping HK(in pre-MVC3 only) and Berserker Slash are great for crossups. 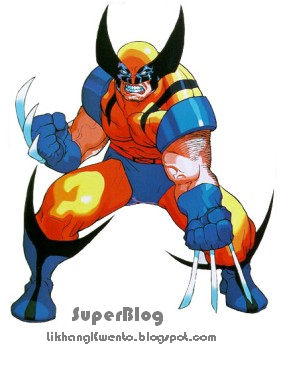 Wolverine is very angry and is quick to fly into a rage. He can be very rude and confrontational, but he cares deeply for his friends and will put his life on the line for them. He seems very cold and emotionally distant, but he has put aside his aloofness to mentor some of the younger X-Men, such as Kitty Pryde and Jubilee. He is not quick to trust new people, as he relies heavily on his instincts, honed by over a century of life, but will eventually warm up to them.

Wolverine is a short, well built man. Underneath his mask, Wolverine has muttonchops and strangely shaped hair that vaguely resembles the shape of his mask.

In most games in the Marvel vs Capcom series, Wolverine wears his classic costume. On his mask, there are two black or dark blue "fins" where his eyes are. He has two blue shoulder pads and gloves with easy access holes for his claws to come out. In Marvel vs. Capcom 3, Wolverine wears his more recent costume from Astonishing X-Men. This suit features a bit more blue.