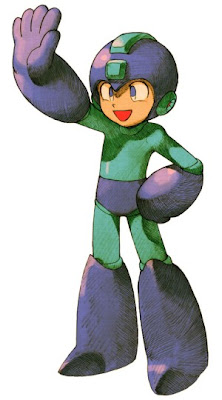 Mega Man (spelt as Megaman in Marvel vs Capcom) is the main character from the Mega Man Classic series and one of Capcom's major mascots.

Mega Man, known as Rockman in Japan, is a video game character created by Keiji Inafune and is the title character of what has been referred to as the "Classic" Mega Man series developed by Capcom since 1987. Since then, he has become one of the company's primary original characters and continues to be one of the video game industry's most recognizable icons of all time. Having appeared on many gaming systems since the Nintendo Entertainment System, Mega Man has had a wide gaming audience, and his games continue to evolve with the ever-changing hardware demands of modern gaming systems. Mega Man's fiction universe can be divided into seven categories, each featuring different variations and incarnations of the same robotic boy hero. Although "Mega Man," or "Rock Man," is usually the name used to describe only the original Mega Man from the classic series, it can also be used less specifically to describe the Mega Man series of fictional works, or the group of adherently named main characters within.

Several spin-off series have emerged over the past few years, each one continuing the Mega Man mythos in some unique way, including but not limited to the Mega Man X, Mega Man Legends, and Mega Man Battle Network series. A resulting animated series was also produced originally in the United States as well as a number of toys, comics, and collectibles available both in and outside of Japan. 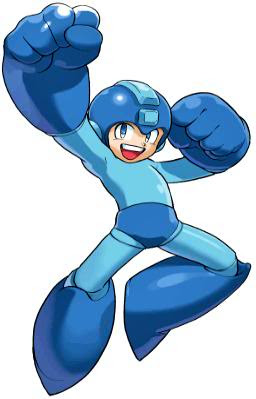 Mega Man's role in the original story is to battle the mad scientist Dr. Wily and his ever-growing army of robots, and stop them from taking over the planet by using their own special abilities against them. Utilizing his special Mega Buster arm cannon, and his ability to copy a defeated robot's special weapon, Mega Man must travel the world and traverse harsh environments in order to bring Wily's menace to an end. With the help of his creator Dr. Light and his assorted robotic companions, Mega Man's eventual goal is to one day achieve "everlasting peace".

Although originally the names "Mighty Kid" and "Knuckle Kid" were proposed, Capcom eventually settled on "Rockman" as Mega Man's Japanese moniker. The word "Rock" in Rockman is a reference to the music genre rock and roll, and is meant to work in tandem with his "sister" robot, Roll. Such music-themed naming conventions are present in a number of Keiji Inafune's other character designs, such as Blues. In addition, the original Mega Man titles intentionally incorporated a "Rock, Paper, Scissors" game play mechanic into defeating certain enemies. In parts of the English speaking world, some people call Mega Man "The Blue Bomber" because of his blue armor.