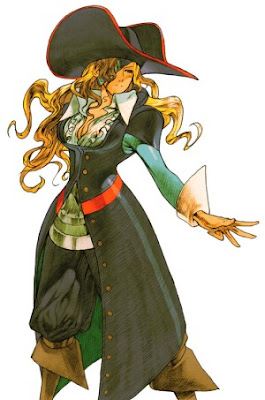 Ruby Heart is the protagonist of the game MvC2.

She is a French-speaking pirate who owns the flying ship that is responsible for carrying the Marvel and Capcom heroes into battle. Ruby Heart is looking for the mysterious orb that the final boss Abyss possesses. Once Ruby Heart finally obtains the orb, she doesn't seem very pleased with it, and throws it into the ocean. 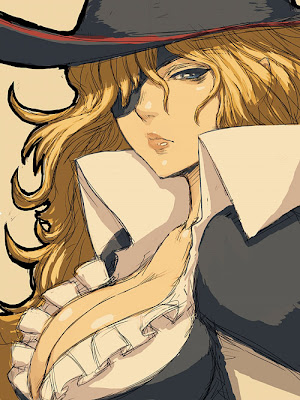 It's long been rumored that she was / will be in the next DarkStalker game (if they make a new one), since she was originally planned to be made into a new DarkStalker character by Capcom.
Posted by bluedreamer27 at 7:13 PM