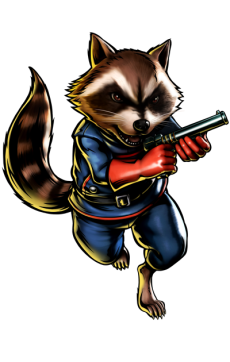 Centuries ago, a group of alien humanoids settled the largest planet in the Keystone Quadrant star system. They built a complex to house and treat the insane, recording their medical observations in a psychiatric diary. When their funding was cut, they abandoned the project, but not before they created a staff of robots to provide for the humanoids. They then separated the quadrant from the rest of the galaxy with an impenetrable force field. When a nearby star went nova, ensuing radiation gave sentience to the robots, who quickly chafed at the illogic of the humanoids, or "Loonies." Seeking to end their servitude, the robots used genetic engineering to give intelligence and awareness to the animals that had been left as companions for the patients. They charged the animals with the patients' care and protection, then relocated to the far side of the planet, which they proceeded to strip bare through industrial endeavors, one of which was construction of a vast, humanoid spacecraft called Ship. The half-industrial, half-verdant planet became known as "Halfworld." 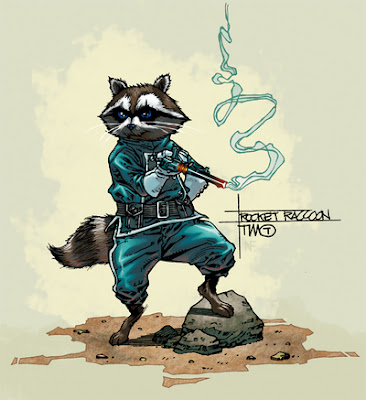 Rocket possesses the same enhanced abilities attributed to Earth raccoons, including an acute sense of smell and sharp eyesight. Being a raccoon many of Rocket's senses are heightened to levels well above human. Able to see much better than the average human and extremely well adapted to near dark conditions. His enhanced sense of smell allows him to detect subtle changes in scents around him enabling him to detect the approach of others and increasing his ability to operate in darkness. With his broad auditory range, he can perceive tones outside the range of the human ear as well as subtle sounds caused by vibrations on the ground. His hyper sensitive paws allow him to identify objects before touching them with vibrissae located above his claws.
His rival appears to be Nemesis, as both are mutated creatures that are experienced with firearms. Rocket Raccoon is also very small, contrasting with the giant size of Nemesis. Both also have some connection with raccoons, with Rocket Raccoon being a raccoon, and Nemesis was involved in the Raccoon City Incident.
Posted by bluedreamer27 at 7:01 PM