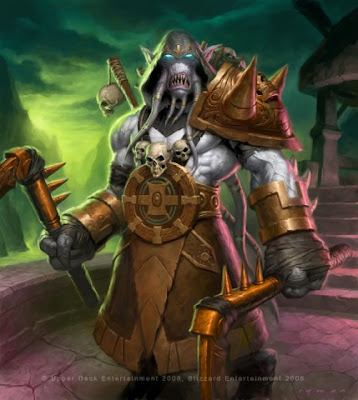 Akama is a level 70 Elite Broken draenei located at Warden's Cage in Shadowmoon Valley. He is the leader of both the Ashtongue tribe and the elite of said tribe called Ashtongue Deathsworn, a faction of Broken draenei supposedly in the service of Illidan Stormrage. He was an elder sage of a group of Broken draenei that resided in the wilderness of Outland. Offered a chance at revenge against the orcs who decimated his people by the night elf/demon hybrid Illidan Stormrage, Akama allied himself with Illidan the Betrayer and aided in the overthrow of Magtheridon, only to later find that Illidan was no better than the pit lord. To all outward appearances, Akama remains a loyal servant of Illidan and leads his Ashtongue Deathsworn in his service — but away from his prying eyes, Akama sought to end Illidan's reign.
Akama is a kind but hardened Broken draenei who was once the guardian of the Temple of Karabor. When the Horde descended upon the Temple, Akama took charge of evacuating as many civilians as possible and then went into hiding with the remnants of the draenei. In the short story Unbroken, he fled from the Temple to Shattrath City before going into hiding, where he was the most exposed of the refugees to the fel energies that caused some draenei to mutate. After the cataclysm and the shattering of Draenor, Akama, now an elder sage of the Broken draenei survivors, was forced into the open where he fought a losing battle against the pit lord Magtheridon and his army of demons and fel orcs. 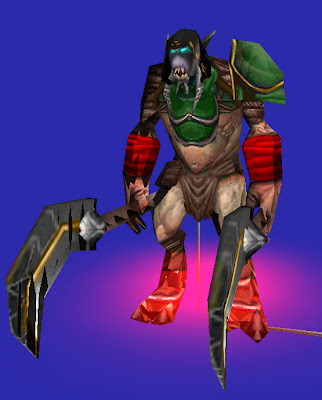 Akama can be found in front of Maiev Shadowsong's cell in Warden's Cage in Shadowmoon Valley. In order to reach him, you must enter into the underground portion of Warden's Cage and look to your right at what appears to be just a pool of water. Swim into and under the pool and you will reach Maiev's cell where Akama is standing guard.
Akama is the narrator of the trailer for the Black Temple patch; this trailer shows his history from a guardian to his current state, and reveals his appearance prior to his mutation. At several points, it reveals events of lore: the orcs' attack on the Temple of Karabor and the draenei journey into hiding in Zangarmarsh; Gul'dan's raising of the volcano that bears his name; Ner'zhul opening his portals, leading to the creation of Outland; the arrival of Magtheridon and, later, of Illidan Stormrage; Akama, Kael'thas Sunstrider, and Lady Vashj aiding Illidan in sealing Magtheridon's portals before the final battle; and finally, Illidan claiming Black Temple.
Posted by bluedreamer27 at 6:52 PM