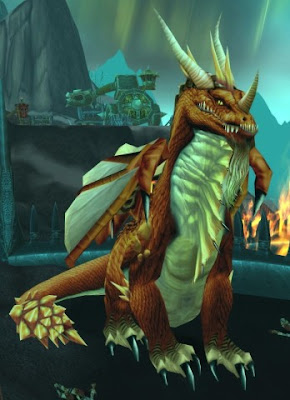 Korialstrasz is the prime consort of the Dragonqueen Alexstrasza. In the guise of the elven mage Krasus, he is a senior member of the Kirin Tor, and one of The Six, the ruling council of Dalaran. Korialstrasz is an ancient, wise, and powerful dragon of the red dragonflight. He was Alexstrasza's newest consort just prior to the War of the Ancients and continues to be so to this day. As her current prime consort, Korialstrasz acts as Alexstrsza's majordomo in all affairs. He is fiercely loyal to his queen, and was "first in love" among her consorts. As an active agent of the red dragonflight he is a protector of all things living, often spending time away from his queen and kin for his duties. He constantly watches over the younger races, often taking mortal guises and hiding amongst them. His most prominent guise in recent times is that of Krasus, a high elf mage of the Kirin Tor, and a member of the Six; the ruling council of Dalaran. Another guise is that of Borel, most likely his alias among the Convocation of Silvermoon.

Krasus appears to be a high elf wizard of extreme confidence, secure in his power and rank among the council. His very presence commands respect, and yet he is not proud or haughty. He remains in his elven form almost exclusively, transforming into a dragon only for special reasons or when in the presence of others of his kind. Those few who know his true nature have agreed to keep it a secret. 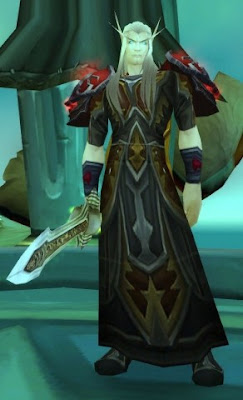 Krasus remains in his elven shape as long as possible during battle, revealing his dragon form only if desperate. He almost never shows his great strength in physical combat, preferring instead to fight with the spells and other arcane powers at his disposal. Should he choose to show his dragon side, he takes to the air swiftly, using his breath weapon and spell-like abilities to speed his escape. For all his strength and power, he is actually quite inexperienced in draconic combat. After all, he’s had little opportunity to practice during his decades of roaming the surface of Azeroth in humanoid form.
Posted by bluedreamer27 at 8:37 PM