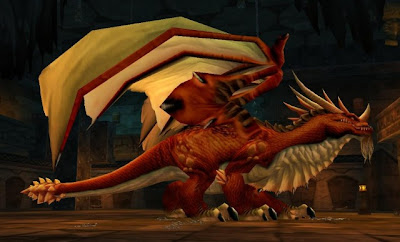 Vaelastrasz is a member of the Dragonqueen Alexstrasza's red dragonflight who fought against - and became enslaved by - the vile Nefarian, son of Deathwing, master of the black and chromatic dragonflights. He resides in Nefarian's citadel of Blackwing Lair. One of the red Dragon Aspect’s strongest children, Vaelastrasz takes it upon himself to oppose the black dragonflight. Vaelastrasz is a red dragon. He is also known as Vaelan when he is in human form. He is initially a friendly NPC to the player, but eventually becomes a foe. In the WoW story, Vaelastrasz (commonly referred to as Vael) has sworn to hunt Nefarian and the black dragonflight until the end of his days. 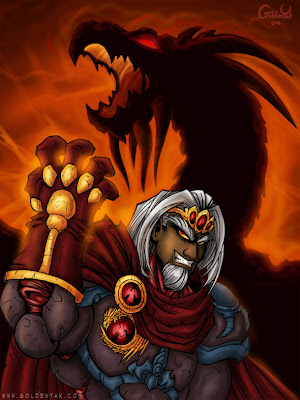 Vaelastrasz is an intense, time-critical encounter. It must be completed while Essence of the Red is active. Essence of the Red gives casters 500 mana per second, rogues 50 energy per second, and warriors 20 rage per second. While it is active, mana, energy and rage conservation are non-issues, but it will wear off three minutes after the fight begins, and then healers will no longer be able to keep up with the damage being constantly dished out to the raid.
Vaelastrasz is considered one of the most intense fights WoW has yet to release. While the fight can be unbelievably frustrating taking some guilds months to get their first kill once he finally goes down it becomes a favorite of most people who experience it.
Posted by bluedreamer27 at 9:47 PM