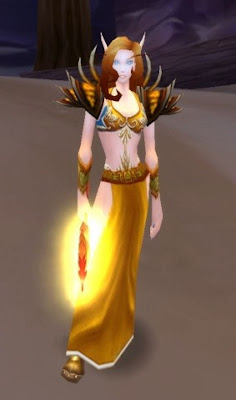 Soridormi is the Prime Mate of Nozdormu the Timeless, second-in-command of his Bronze dragonflight, and leader of the Scale of the Sands.

Ten thousand years ago, Soridormi represented Nozdormu at the gathering of dragons in the Chamber of the Aspects for the creation of the Dragon Soul. She contributed her own and her mate's essence to the Soul's spell matrix. Soridormi was betrayed along with the rest of the dragons when Neltharion attempted to use it to gain control of the Flights, but was saved by the intervention of Korialstrasz. 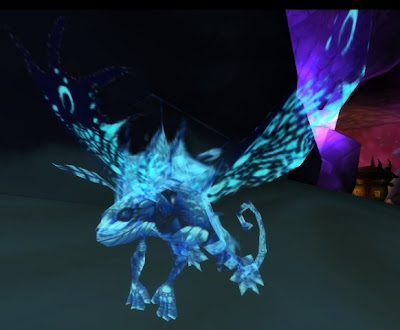 Soridormi again represented her flight, fighting in the final battle of the War of the Ancients over the Well of Eternity. She carried Broxigar into battle against the forces of the Burning Legion and the Highborne. At the end of the battle she was reunited with Nozdormu.

Soridormi appears in World of Warcraft: The Burning Crusade as a quest-giver for the Caverns of Time instances, taking the shape of a female high elf for the occasion.

She starts the quest The Vials of Eternity, which players used to need to complete for attunement to enter into the Battle for Mount Hyjal raid instance, but it is now optional.

a lady with a horn. not bad. haha