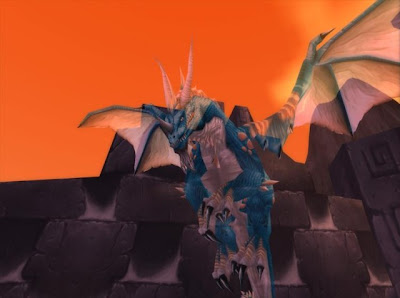 Arygos is an ancient blue dragon and offspring of Malygos. He can be found in the Temple of Ahn'Qiraj taking the form of a gnome, who incidently has been taken captive by the Qiraji alongside Caelestrasz and Merithra. When given one Imperial Qiraji Armaments and three Elementium ore, he crafts weapons which, according to him, "will become a force of reckoning".

When the Qiraji started their first invasion of Kalimdor, Anachronos agreed to enlist the bronze dragonflight against the marauding Qiraji with the night elves. Even with the might of the dragons backing them, however, the sheer numbers of the Qiraji and silithid proved overwhelming. And so Anachronos called upon the progeny of the remaining flights, including Arygos of the blue dragonflight

Arygos, along with Caelestrasz and Merithra, pushed the Qiraji back into Ahn'Qiraj to allow Anachronos, Fandral Staghelm, and the night elves to create a magical barrier to hold in the Qiraji. The three dragons and their companions flew headlong into the Qiraji legions, into the city where they hoped their sacrifice would not be in vain. Though the magical barrier was created, the three dragons were lost within the walls, where they still remain today, in humanoid form, as prisoners of the Old God C'thun. 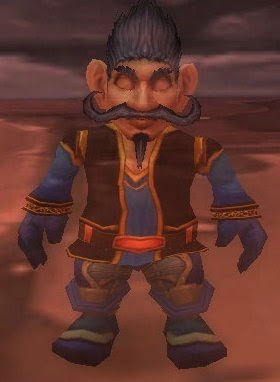 Arygos betrays the Blue Dragonflight and tries to become the new Aspect. But Kalecgos is chosen as the Blue Aspect and a fight breaks in which Arygos gets wounded and runs into the Eye of Eternity to use the Focusing Iris. He is then killed by Aedelas Blackmoore, and his blood is used on the Focusing Iris to give life into Chromatus.
Posted by bluedreamer27 at 10:13 PM