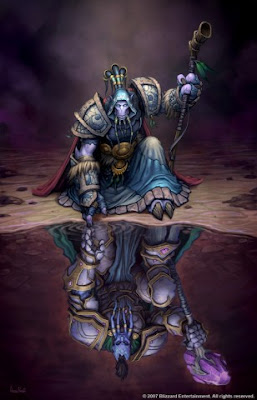 Nobundo is a former draenei vindicator and one of the most tragic heroes among the Broken of Outland. When the orcs betrayed the draenei, slowly but surely, the draenei cities such as Karabor and Farahlon were destroyed by the orcs, and Shattrath was the last one left. As the Draenei prophet, Velen, and many other draenei fled, volunteer Vindicators and even civilians (some with families) of Shattrath stayed behind to fight the orcs and buy the fleeing draenei some time. Their hope was that with a believable variety of people, the orcs would be tricked into thinking that they had wiped out all of the city's inhabitants. Nobundo was one of the brave paladins who stayed behind.

He was supposedly found by the draenei who fled, as were other draenei who survived the battle, Akama (who was in a coma), Korin, Herac, and Estes. The other four who could walk were eventually banished, due to the red mist which in the end deformed them. The "unaffected" draenei called them "Krokul" — "Broken", and for that they could never be in contact with one of the draenei again. In one final act of adding insult to injury, Nobundo's Light-blessed crystalline hammer was confiscated by a former friend, the last remaining piece of his past, and of who he once was.

Years passed, with some Broken devolving further into the madness of the Lost Ones, or even committing suicide when this change was apparent. As for Nobundo, his sleep was always haunted by dreams of the slaughter at Shattrath City, and every day he would walk to the peak of a mountain and sit, praying, hoping, to somehow regain his mastery over the Light and that his nightmares would finally end. 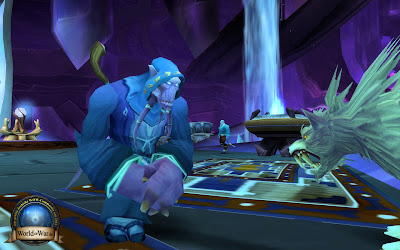 Countless times he did this, but would always go back to the Broken camps disappointed. Though one day, when his prayer was finally answered, no heavenly voice told him what to do, nor did a naaru descend from on high to aid him. No, Nobundo's prayers were answered by the Wind.

As with generations of tauren, orcs, trolls, and countless other races, the wind revealed. to Nobundo the delicate balance of nature, the powers and truth of the Five Elements and the path of the shaman. He listened eagerly, and came to understand and follow this path.

Invigorated by this new power, Nobundo set out to inform the draenei of his discovery, only to find that most draenei wouldn't listen to a broken. However, one draenei did listen to him: Velen.

The leader of the draenei realized that the way of the shaman, as well as the Light, was a path worth treading, and Nobundo became one of his inner circle. With his support and encouragement, Noubundo met up with him at Telredor in Zangarmarsh and introduced the shaman's path to the draenei, teaching all who were willing to listen. The shaman would eventually accompany Velen in the raid to retake the Exodar, and survived the crash on Azeroth. He remains there today, ready to share his knowledge with aspiring shamans in the service of the draenei — and now the Alliance.