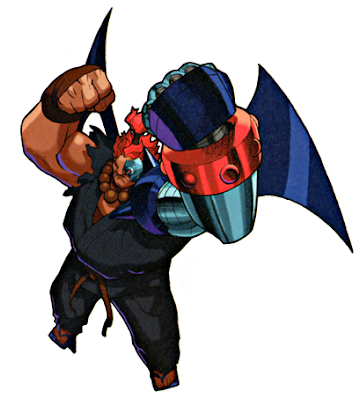 Cyber-Akuma is created by Apocalypse and serves as the final boss in Marvel Super Heroes vs. Street Fighter. He may have the same special moves as the original Akuma, but his special moves are upgraded with his rocket launching arm and are more powerful that it can deal with a massive amount of damage. However, his attacks are blockable and avoidable. After defeating Cyber-Akuma, a special ending for a character will be shown. First and only capcom character to ever be a final boss
Posted by bluedreamer27 at 7:55 PM