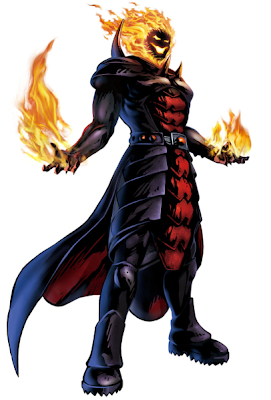 Dormammu is a Marvel Comics supervillain from the 'Strange Tales' franchise. He made his official debut in Marvel vs Capcom 3 in the Electronic Entertainment Expo, and later on, as a playable character. Dormammu is first mentioned by Karl Amadeus Mordo, senior apprentice of the "Sorcerer Supreme" the "Ancient One", who, in the entity's service, attempts to slowly weaken the sorcerer, but is stopped when his fellow pupil Stephen Strange (Doctor Strange) manages to alert his master to the betrayal. 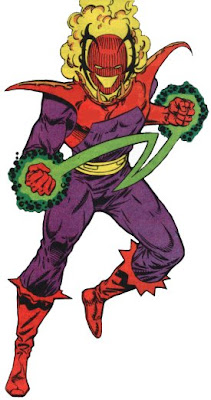 In Marvel Vs Capcom Story, Dormammu, alongside Doctor Doom and Albert Wesker, seek to unite the Marvel and Capcom worlds together so that Galactus may devour it, in return, Galactus would bless them with his Power Cosmic, increasing their powers to untold proportions.

In Dormammu's MvC3 ending, he explains how the incident with Galactus has opened his eyes to the many opportunities to be had on many worlds. His ending involves him opening a portal to the Capcom world and talking to Lord Raptor (from Darkstalkers) with the shadows of Akuma, Wesker, and Red Arremer beside him. They discuss the right time to take over both worlds.

The character is an interdimensional entity composed of mystical energy that can be used to achieve almost any effect he desires, including: energy projection; matter transmutation; size shifting and teleportation; body possession; resurrection of the dead; bestowing of power; and the creation of demon lords. In certain instances, his power is displayed as approaching a universal scale of influence.

Dormammu is apparently stronger in the Dark Dimension, being empowered by the worship of his followers, and can draw upon its power. The character has been shown to have one significant weakness: being vulnerable in environments that cannot fuel his mystical Faltine flames.