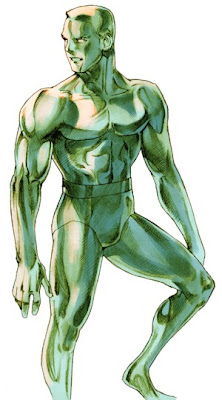 Iceman originated in X-Men: Children of the Atom and appeared again in Marvel vs Capcom 2: New age of Heroes. In both games he took no chip damage from projectiles. Bobby Drake discovered his mutant power to create ice while in his early teens, yet kept his condition hidden from everyone but his parents. Initially, Bobby was unable to stop feeling cold and shivering, but soon managed to keep it under control. When a bully named Rocky Beasely and his friends attacked Bobby and his then-girlfriend, Judy Harmon, the youngster panicked. To save Harmon, Bobby temporarily encased Rocky in ice, thus revealing his abilities for all to see. Believing the boy to be a menace, the townspeople organized a lynch mob. They broke into Bobby's home and overpowered him, but the local sheriff took the teenager into custody for his own protection. Meanwhile, the situation had come to the attention of Professor Charles Xavier, the telepathic mentor of the team of teenage mutant super heroes the X-Men. 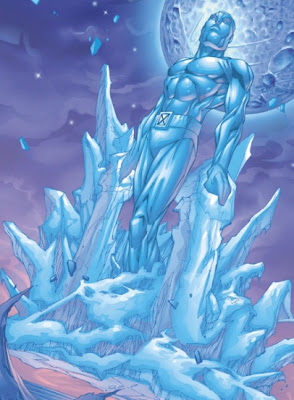 Robert "Bobby" Louis Drake, aka Iceman, is a mutant with the ability to lower both his external and internal body temperature, thereby radiating intense cold from his body. He is capable of lowering the temperature to -105 degrees Farenheit, although he was able to reach absolute zero when Human Torch drew all of the ambient heat away from him. His most commonly known ability is the power to create unusually hard ice constructs, such as slides, shields, ladders, bats, etc. He is able to alter the appearance of his ice form, reconstruct any part of himself that has been shattered, and enhance his strength and durability, all by using the water molecules in the air. Like Colossus, Bobby can switch between ice and human form at will.Finally, he has the ability to travel through bodies of water by merging his molecules with the water.