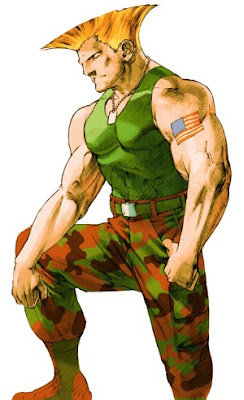 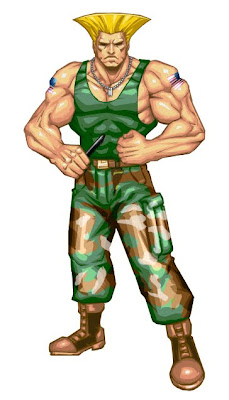 Guile's two primary Special moves are the Sonic Boom (Projectile based attack) and the Somersault Kick (an anti-air attack). Both moves require a charge motion of-course. Throughout the series, these have been Guile's main special attacks and has been known to have more Super Attacks than special moves. The "Sonic Hurricane" is not a projectile but if it connects, it traps the opponents in and does multiple hits. Somersault Strike is basically his Somersault Kick with two more kicks added in. It acts like Ken's ShoryuuReppa in that it performs three Somersaults. It is also considered one of Guile's most difficult moves to perform. In Capcom vs. SNK he gained another Super Move called "Total Wipeout" which allows him to do consecutive punches that end with a final Backhand punch that knocks the opponent away. This move is similar to a super move he had in the EX series called "Opening Gambit", which also features consecutive punches but ends with a modified side Somersault kick instead of a backhand.
Posted by bluedreamer27 at 9:08 PM