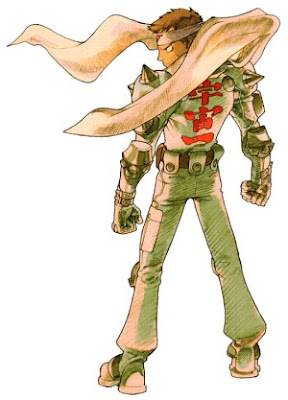 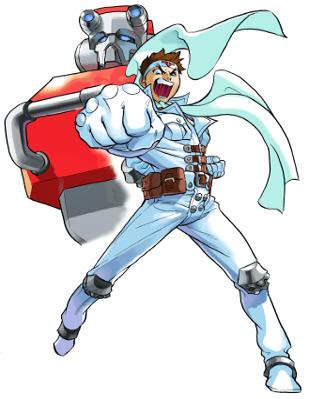 Jin's father (Ken Saotome) belonged to a unit that was killed in an accident one year before the start of Cyberbots. To honor his memory, he seeks to become the best VA pilot alive and wants to prove his worth through the VA battle circuit. He begins to question his father's death after meeting SHADE for the first time. Jin's mood goes from calm to rage within seconds, but he remains a good guy. He is also friends with Gawaine Murdock. Jin has guest appearances in the Marvel vs Capcom series and Tech Romancer as a playable character. His main mech is BX-02 Blodia.
Posted by bluedreamer27 at 9:41 PM