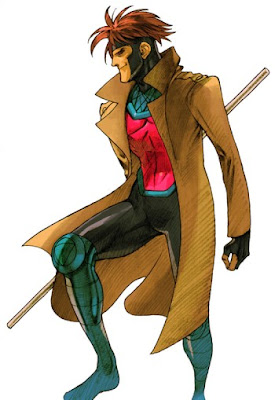 Gambit is gifted with the ability to charge inanimate objects with explosive kinetic energy. He is most often seen charging ordinary playing cards with said energy. Originally, Gambit needed to maintain physical contact with the object. However after surgery performed by Mister Sinister, he can charge anything simply by looking at it and concentrating, including living tissue. 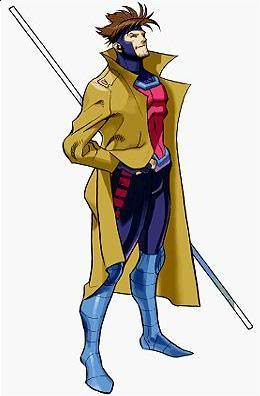 Gambit’s reflexes and agility are greatly enhanced beyond a normal human’s, and he is able to use static energy to shield his mind from telepaths, even those as powerful as Professor Xavier and Emma Frost. Gambit is also able to exert a sort of hypnotic control over any living being by manipulating the static charges in their minds. He can force them to agree to with anything he says or does. However, more powerful minds have been able to resist Gambit’s charm.

Though most often seen with his signature bo staff, Gambit is also a skilled fencer, duelist and marksman, given his extreme dexterity when throwing his kinetic charged cards.