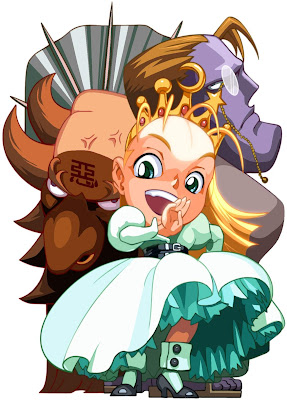 Devilot is the daughter of a dangerous Pirate King/Queen, making her the princess. She and her two lackeys (Dave the scientist and Xavier the wizard) fly around space looking for people with VA's so she can beat them up and steal parts from them or perhaps the the whole VA for her collection. 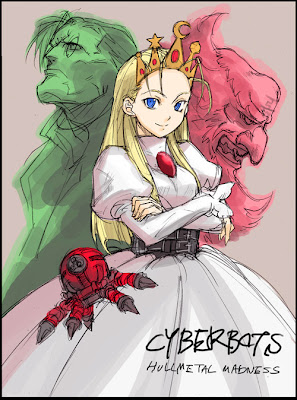 It doesn't look like she's involved with either side of the dispute in the Earth Force events. She's just a spoiled brat that's looking for something to do. She pilots the S-008 Super-8. A mech that was designed for underwater use. It looks like an octopus. Devilot has a crush on Gawaine and is constantly blushing when he's around. Devilot was a secret character in Super Puzzle Fighter 2 Turbo, and also appeared as an assist character in Marvel VS Capcom.'
Posted by bluedreamer27 at 8:23 PM