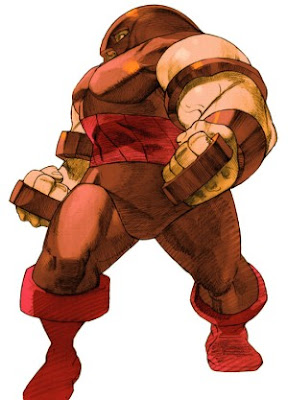 When Cain Marko finds the Gem of the mystical entity Cyttorak, he is empowered with magical energies and transformed into an immortal avatar. As the Juggernaut, Marko possesses superhuman strength; being capable of shattering mountains, lifting and using buildings as weapons; extreme durability, which is also amplified by a mystical force field that grants near invulnerability. When the force field has been temporarily absorbed by Thor's Hammer, the Juggernaut's natural durability proved to be sufficient to exchange blows with Thor. The Juggernaut is described as physically unstoppable once in motion, does not tire from physical activity and is able to survive without food, water or oxygen.

The character, however, is vulnerable to mental attacks, a weakness that has been exploited via the removal of his helmet. The Juggernaut has circumvented this weakness by on occasion wearing a metal skullcap inside his main helmet. If Juggernaut loses his helmet he can recreate it by touching certain materials (as long as he possesses the full power of the gem). It is possible for an opponent with sufficient physical strength of their own to turn the Juggernaut's irresistibility against him, by redirecting his motion so he gets stranded in a position in which he has no purchase; both the Hulk and his son, Skaar, have managed this feat. Once, the entity Onslaught, which possessed unknowable psionic and reality-warping powers, somehow ripped the Crimson Gem out of the Juggernaut, subsequently trapping him inside.